Nova made history last year when she became the first grime artist to win Scottish Album of the Year. An MC who wears her heart on her sleeve, DJ Mag finds out what she's got planned next

From 2007 to 2012, London promoters Eat Your Own Ears hosted Underage Festival at Victoria Park. Open to young people aged between 13 and 17, artists like Boy Better Know’s JME, M.I.A, Dizzee Rascal and Tinchy Stryder performed for thousands of young people, and it was in those crowds under the hot August sun that the then-14-year-old, London-born MC Nova — real name Shaheeda Sinckler — had her first taste of live music.

Now a rising star soaking in the buzz of Glasgow, Nova is breathing new life into the city’s rap sphere. Last year, amid the coronavirus pandemic, she released her debut album ‘Re-Up’ — and made history by becoming the first grime artist to win the Scottish Album of the Year (SAY) award. “It changed a lot,” Nova tells DJ Mag. “I even had COVID at the time. There was a whirlwind of press and congratulations, and I’ve had a lot of opportunities since then. Being more visible after winning the award, I know that I’ve inspired others.”

Music has been a huge part of Nova’s life since before the days of award wins and Underage Festival. Downloading mostly pop and R&B tracks on Limewire — with some Busted and McFly thrown in for good measure — the MC was also discovering a love for indie music in her early teens. “I used to listen to this radio show called The Surgery on BBC Radio 1,” she says. “They would discuss pretty real teen topics, so I was interested in that, but the show before that played unsigned artists — and I developed a real interest in that.”

When she was 16, Nova became more curious about the sounds coming from the grime and rap spheres, and began to explore the Scottish hip-hop scene, attending events like the Bristo Battles and Spectrum Cyphers where she lived in Edinburgh, listening to live battle rap and boom bap. She was also going to bigger venues to see artists like Nas, Wu-Tang Clan and The Streets, and at the clubs, getting a taste for jungle, garage and drum & bass.

“When I was 19 I moved to Glasgow, and that opened up a much bigger world of music,” Nova says. “From trap to grime to experimental noise... There was a lot going on. I became friends with the Forij crew, who were championing trap music and culture, and I met the LVLZ crew who were doing the same thing in grime.”

In Glasgow, Nova and her housemates were hosting exhibitions from their shared flat as an art collective. After an ex-boyfriend downloaded FL Studio onto her laptop, Nova started to play with production, chopping and screwing tracks to make mash-ups and edits. “I’d been inspired by DJ Milktray and other grime-leaning producers who used samples to create remixes or just new songs,” she remembers, “and sampling was something in hip-hop I appreciated, and I wanted to get involved.”

After spending time producing, and DJing with a secondhand controller she picked up for £30, Nova and her flatmates started putting on parties to raise money for their in-house gallery, seeking out exciting and upcoming artists based in Glasgow. “I discovered this super-cool Nigerian rapper based in Glasgow, and he ended up asking me to manage him. It was short-lived, but that was my stepping stone into making my own music.

“I met an artist and producer called Hanny,” she continues. “He had a mic in his living room, and lived on the 18th floor of a high-rise in Maryhill. I’d just been stabbed in the back by a friend, so I reworked Nicki Minaj’s version of Biggie’s ‘Warning’. I uploaded that as my first song as Nova in 2017.”

“The communities that are active and making work, you can bet they’ve been through some shit."

Since that edit, she’s released EPs like ‘Risin’ Up’ which features a sample of Shystie’s ‘Arms Open Wide’, and the bubbling, garage-leaning ‘3AM’, both of which feature fellow artist Theta. Her flow is cold and hard — reminiscent of early ‘00s grime and UK hip-hop — but the lyrics are personal. Nova tells stories with her music, speaking about religion, growing up, her experiences with men, and her appearance. It almost feels like reading the intimate pages of a diary, with Nova sharing thoughts and emotions in a way that even friends might struggle to do. It’s a conscious decision, and she’s learning to express herself more every day.

“When I first started out, I was quite rigid, I wanted to be a guy or like one — I wanted to be hard,” Nova says. “Getting better is always a constant goal, so I’m more open to being vulnerable on my songs in different ways. Being open felt contrived before, but now I’m comfortable expressing a spectrum of emotions, and I’m really excited to share more.”

Nova’s willingness to be open is even more prominent on her aforementioned debut, ‘RE-UP’. On ‘Back In The Day’, the MC tells short, succinct tales of her past, where she felt exploited, on an instrumental that sounds like it was plucked from the Boy Better Know archives. ‘Let Me Know’ brings a different energy — a love story told in her own, ice-cold style — and ‘Trophy’ is Nova’s assertion of status, letting the industry know she’s a force to be reckoned with.

“I think there are still so many barriers marginalised communities face in music, though,” Nova says. She comes from a Muslim background, and also as a woman, she’s well aware of the challenges she’s faced so far, and will continue to face in her journey. “The communities that are active and making work, you can bet they’ve been through some shit. As a woman as well, the stereotype of blurred lines is true — there’s been a couple of times now when I’ve rocked up to a place and thought I had a professional relationship with someone, and they’ve come on to me or tried to kiss me.

“You also get mocked so much more as a female artist,” she continues. “I’ve been on the end of some shady, jealous, hate-fuelled behaviour at times. I avoid spaces that only cater to one group of people now.”

Despite the challenges, Nova is on an unstoppable rise. Her latest project, a six-track EP titled ‘WWND?’ (What Would Nova Do?) sees the MC explore a vocal sound she tapped into on her 2020 single, ‘Status Quo’. Bringing in more melodic bars and harmonies, ‘WWND?’ skips between trap, dancehall-influenced sounds and alternative pop. All of the instrumentals are by $1000 WALLET, and the EP has been produced by Andra Black. “The track titles serve as answers to the questions the project title poses,” Nova says. “She’d get Bands, Stay Blessed, Be Free, Lift Up, Love and Grind.”

“I’m expecting the crowd favourite to be ‘Grind’ though,” she continues. “It tells a story about working hard, but begins through the lens of an after-party. Aph [photographer] and I had a GREAT time working on the cover art shoot as well, I had one of the clearest visions I’ve ever had for what I wanted to be included in the visual, and Aph really helped to facilitate that.”

As for more music in the future, Nova is also working on a second album, an LP with a minimum of 12 tracks. “It can be tough as an artist because of the massive delays that you experience between writing the song and it being released,” Nova stresses. “It’s frustrating because you know how hard you’ve been working but the public doesn’t know until you release the music.

“Ultimately it will be worth it, because the essence of self that I’ve been weaving into my newest music helps me to believe that there will be other people in the world that will love these songs just as much as I love them.”

Amy Fielding is DJ Mag's digital staff writer. You can follow her on Twitter here @amebbbb
Want more? Watch every episode of our Meet the MC video series here, and read recent interviews with Amaarae and TRAPY 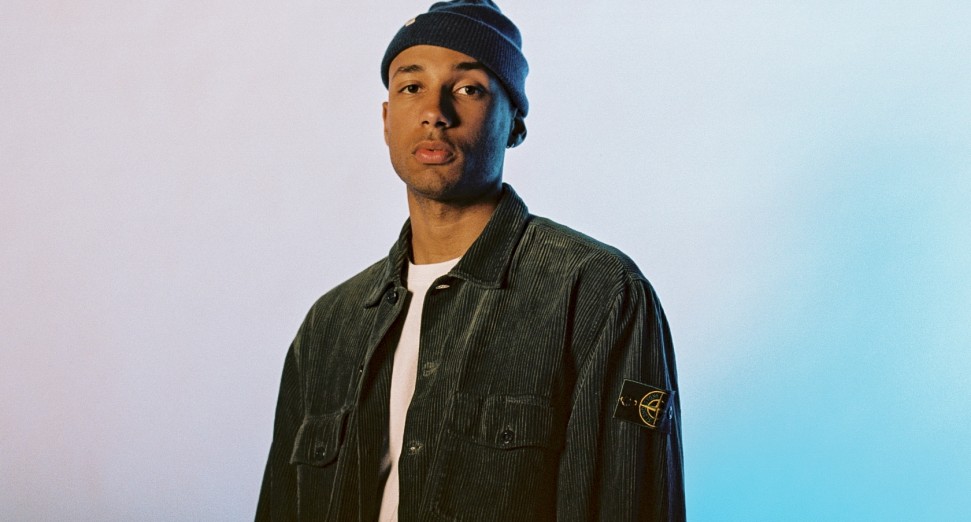 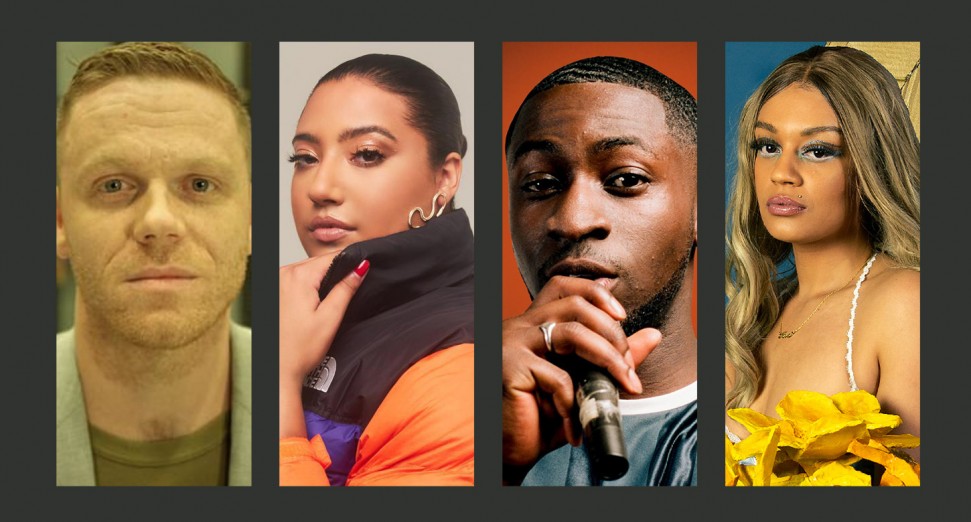 News
Grime and hip-hop conference, HANG, to take place in Glasgow this summer 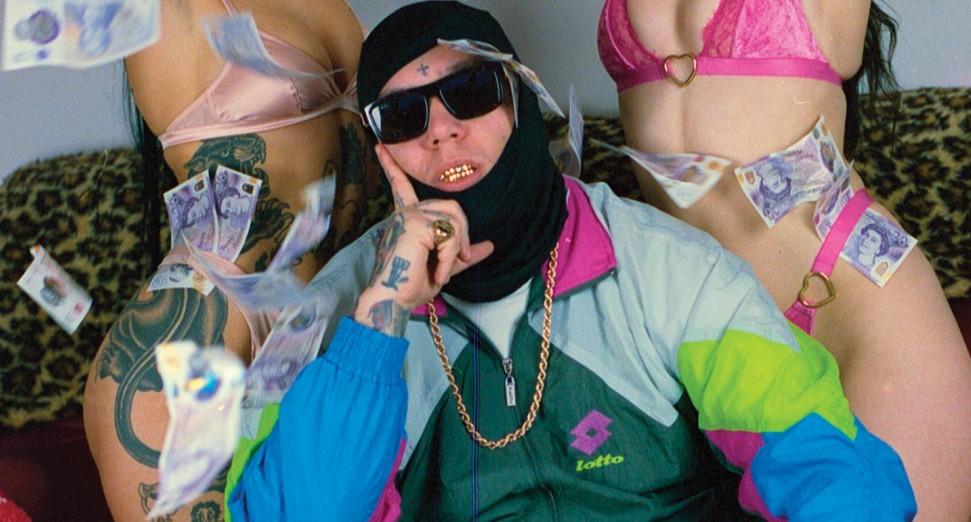 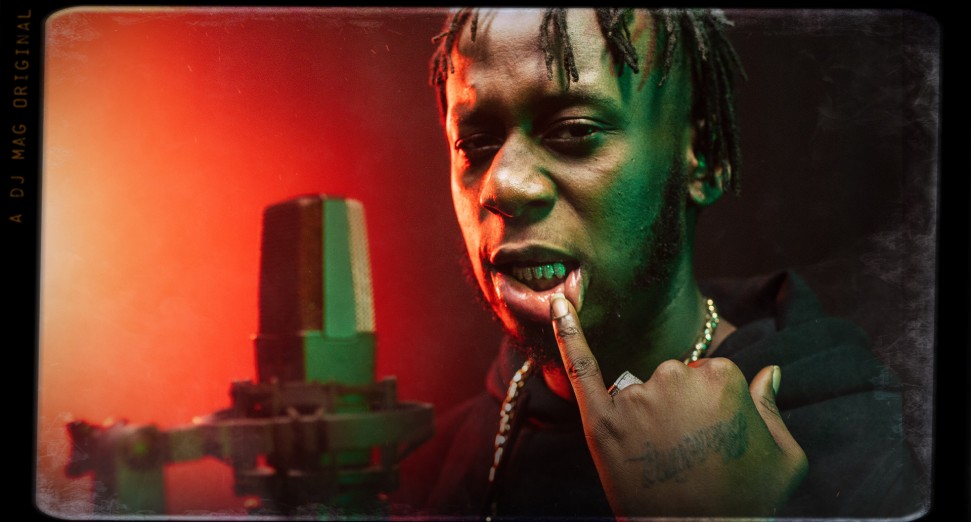 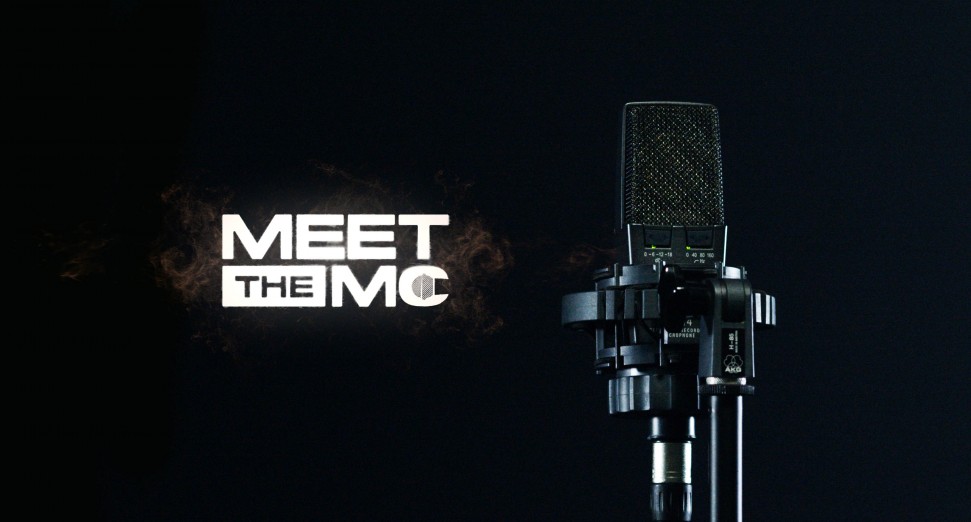 Watch
Watch every episode of Meet the MC