The LGBTQ+ club nights fighting for diversity in drum & bass

The LGBTQ+ club nights fighting for diversity in drum & bass

Unorthodox Events and Queer Rave are two club-nights that are creating new spaces for LGBTQ+ people in the drum & bass/jungle scene. Jack Ramage speaks to founders Nathan X and Xīlhu Ayebaitari Ese, as well as MC Chickaboo and DJ Sheba Q about the importance of making the genre more inclusive as a whole

The UK drum & bass and jungle scene lacks queer visibility. While issues like gender diversity and whitewashing have, in recent years, become the focus of much conversation and action within dance music, drum & bass can still present a hostile environment to the LGBTQ+ community. Queer artists seem few and far between, particularly in the upper echelons — a stark contrast to genres like house and techno, which have their foundations in queer and POC communities, and continue to have strong representation to this day.

Thankfully, independent groups like Unorthodox Events (pictured above) and Queer Rave are fighting the status quo, and taking drum & bass into their own hands. Unorthodox Events calls itself part of the “new LGBTQ+ drum & bass movement”. The UK crew platforms marginalised and queer DJs, and is working to change the image of what a drum & bass rave can be. Nathan X formed Unorthodox when, after years of trying to blend into the UK drum & bass scene — which as he describes was largely white, straight and male — he found himself alienated, and left the scene behind for the gay clubs of Brighton.

Eventually, though, he grew tired of the cheesy pop music synonymous with commercial queer clubbing, and craved something new. There, the idea was born: to return to drum & bass and create an event where “I can be myself, and others struggling with the same issues as me can come together,” he tells us. After receiving negative comments online after putting his ideas to a drum & bass Facebook group, he realised that the issue of homophobia is deep-rooted within the scene and that change was needed: “The candle had been lit, I couldn’t let it burn out”.

Nathan X formed Unorthodox Events in February 2020 with the help of DJ J.Heron and Ash Kenazi, their resident drag queen and “creative powerhouse”. “It’s impactful to see drum & bass in drag,” Nathan X says of Kenazi, and how drag’s role in queer nightlife can extend to drum & bass. “It can’t just be the same male drum & bass DJ, the genre can also have a performative aspect — a value for truly expressing yourself.”

Starting up just weeks before the UK went into lockdown and clubs were closed, Unorthodox were forced to use alternative means to spread the word. Nathan X hosted several live-streamed shows, performed in drag; as drum & bass fans stuck at home shared the sets online through social media, their viewership grew. They’ve appeared on Trickstarr and Threads Radio, promoting queer artists and expressing their discontent with the current UK drum & bass and jungle scene’s lack of diversity. “People say, ‘peace, love, unity and respect’ is associated with rave culture, but I really don’t feel that,” said Nathan X on one of his shows.

Unorthodox signed a roster of LGBTQ+ artists playing a variety of drum & bass, from minimal to neurofunk: Ellergy, an up-and-coming DJ from Dorset; Mascot, owner of the label Riddem Records; and Undisclosed, who recently signed to the Nottingham-based agency Submerged. By the time UK nightlife opened up post-lockdown, Unorthodox were ready to host in-person events.

Their debut club night, aptly called A Brave New World, was held at London’s Peckham Audio this August, with a stacked lineup of queer artists playing drum & bass, jungle, breakbeat and dubstep. Alongside Nathan X, there was MC Chickaboo (the UK’s first openly queer female drum & bass MC), Nathan Clarkus, Pinks, Undisclosed and Xilhu Ayebaitari. MC Chickaboo was “still overwhelmed” by the night for some time after, she tells us. She describes the experience as “unifying”.

“Queer kids, punks, rejects, all nationalities and identities,” were all in the same place, all there with “one single focus” on the music, she says. “I saw men kissing on the dancefloor, I’ve never seen that [at a drum & bass rave] before.”

“We’ve been through a lot of negative experiences, but raving offers us a space to celebrate our identity, find salvation in music, and unite with our soul tribe and chosen family” - Xīlhu Ayebaitari Ese, Queer Rave

This September, Unorthodox hosted their first club night outside of London, throwing a party featuring Baby T and LCY at Bristol’s Motion, raising money for Brighton Pride as part of the official pre-party for Love Saves The Day Festival. “It’s about creating opportunity for queer artists — this is just the start,” Nathan X says. In just over 18 months, Unorthodox have built a small but enthusiastic following on social media. He has plans to form a drum & bass label for LGBTQ+ artists and host festival takeovers, and hopes to announce more Unorthodox parties in the UK soon.

Another person fighting for diversity within the scene is Xīlhu Ayebaitari Ese, a creative, DJ, video artist and performance artist, who played at Unorthodox’s first club-night. Ayebaitari founded her Queer Rave night and platform as “a beautiful solution to the lack of representation of queer, female, non-binary, trans and genderqueer drum & bass artists”. A relatively new artist within the drum & bass scene, Ayebaitari credits the late, legendary Metalheadz co-founder Kemistry as one of her first DJ/musical influences: a DJ from a “Nigerian background, like me — seeing her influence in the music industry was deeply inspiring”.

When Ayebaitari started Queer Rave in early 2020, she voiced her disconnect with the contemporary drum & bass / jungle scene and wanted to create an event that would “reimagine and transform” the scene into an inclusive an open one, accepting of all genders, ethnicities and sexualities. Ayebaitari’s sound is unique, and apt for her mission. Aiming to recapture the emotional intensity of the ’90s rave era, she uses spiritual sounds in updated ways, often blending Indian classical instruments with Amen breaks and selecting old skool junglist tunes.

As winner of the DJ Mag x AZ Mag creative grant, Ayebaitari has been sponsored and mentored through the process of building Queer Rave into a successful project, both online and in-person. The DJ Mag Queer Rave series on YouTube has hosted Ayebaitari, DJ Bungzo, DJ Dark Pheonix, Sheba Q, DJ Beffskee and MC Miss Perspective. “We’re creating a platform that celebrates and represents the QTIBPOC community in this music scene,” she notes. Ayebaitari also created all of the video art for the series.

Ayebaitari explains how events like hers are “opening up so many doors in terms of clubbing. There are a lot of queer people who really like drum & bass and jungle music, but because of the way the scene appears, they’re put off from going to events.” She believes that the scene needs to redirect its energies into becoming more accepting, diverse and safe. “Larger figures in the industry need to be more mindful and not abuse their power: they need to be aware of the fact that alot of LGBTQ people have come from places of pain and rejection from family and society,” she continues. “We’ve been through a lot of negative experiences, but raving offers us a space to celebrate our identity, find salvation in music, and unite with our soul tribe and chosen family.”

Sheba Q, a London-based DJ who hosted one of Queer Rave’s live streams, brings up the issue of tokenism. When organisations only host a small number of artists from marginalised groups without tackling the root causes of their lack of diversity, it can create a facade of inclusivity, and feel tokenistic to artist and audience alike. “It’s not enough to have a lineup with queer and female DJs playing if you’ve moved them to the opening set, and are paying them less than their male counterparts,” she says.

Thankfully, though, after the pandemic lockdowns have eased and clubs have reopened, Sheba Q has seen far more public conversations about tokenism happening in the scene. She also suggests a more reflective approach. While she recognises that mainstream labels are starting to reach out to underrepresented artists, that work could be done by giving more exposure to existing underground organisations and their diverse rosters. She also suggests mentorship as an effective way to make the drum & bass and jungle scene more supportive for marginalised groups.

A programme that’s working to do just that is EQ50. Founded in late 2018 by DJ Flight, Mantra, Sweetpea, Alley Cat, Jenna G and MC Chickaboo, EQ50 hosts workshops and provides spaces for women and non-binary people to safely network and perform in the drum & bass and jungle scene. In 2020, they launched a mentorship programme that matched six female producers with leading record labels: Critical, V Recordings, Shogun, RAM and Function. These producers then spent a year being coached in all areas of the industry. They’ve already made a great deal of progress within the scene, hosting club nights and directly challenging the straight male-dominated workforce of drum & bass and jungle — but there’s more to be done.

People deserve the “freedom to feel safe: to walk around and for a woman to not think she’s going to get harassed, or she’s going to be molested,” says Chickaboo, on EQ50’s continuing work. The crew’s ‘Call To Action’ is directed at different elements of the industry — not just DJs, but promoters, agencies, venues and record labels too. “It’s about that queer boy feeling safe on the dancefloor — not fearing laughter, being followed, intimidated or even being beaten up. That wouldn’t happen at Queer Rave or Unorthodox, because they’re safe [events] — everyone is just there for the music, the unity.

“I really hope, with everything that’s happening, that I’m witnessing a new day within UK dance music,” Chickaboo continues. “A new day of the queer community kicking in the door of this heteronormative dance music. Jungle and drum & bass isn’t just for straight kids.” 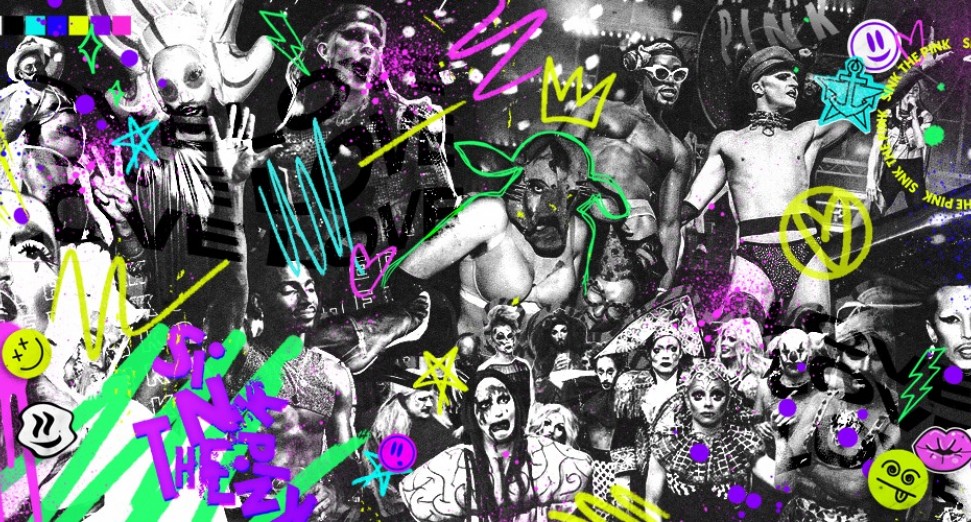 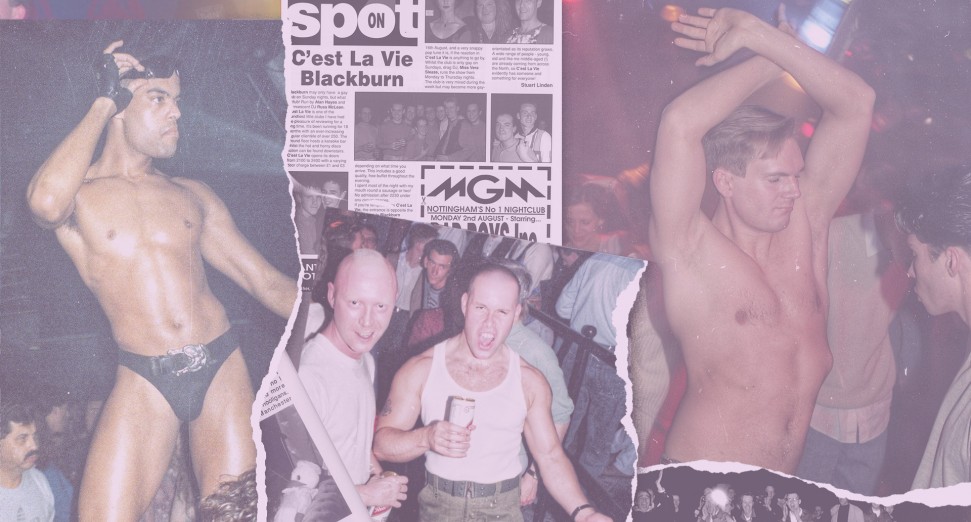 Features
The ecstasy despite the agony: photographing gay clubbing in ‘90s northern England