Returning after a pause due to the impact of coronavirus, Recognise is DJ Mag's monthly mix series, introducing artists we love that are bursting onto the global electronic music circuit. Known as the Queen of Jersey club, UNIIQU3 delivers July's instalment, a 20-track all-female mix of sounds that circulate the electronic music underground on the East Coast. A key figure in Jersey club’s second wave, she also speaks to DJ Mag's digital editor Rob McCallum about her rise in the scene, its influence on mainstream dance music, and building a future for her community

UNIIQU3 sits looking out of the window of the home studio she has worked in from her flat during lockdown, across a view of Newark, New Jersey, the city known as the epicentre of Jersey club music. The sun beams through the window against a bright ombré wall that blends from deep red to pink, and is emblazoned with an original artwork by her friend, the visual artist Gianni Lee. It reads “control alt delete”, the Windows computer shortcut that facilitates interrupting the current function.

“The view is everything. I watch over my city like if I was Batman,” she smiles. “I got a few art pieces from friends,” she continues, talking about her flat. “I got plants. They remind me to grow. I got an old school Sony Mega Boom Box so I can play CDs and cassette tapes I randomly cop on an adventure. [I’m] clearly getting more into the home decor, because this is the most I’ve been home since I started my career.”

When she speaks to DJ Mag, it’s just a matter of days before George Floyd would be killed during an arrest in Minneapolis, sparking protests across the United States and the rest of the world.

UNIIQU3, born Cherise Gary, is part of the second generation of Jersey club artists, alongside peers like DJ Jayhood, Nadus, and DJ Sliink, who have all helped take the sound to dancefloors across the world in recent years. Originally known as Brick City club, the high-energy music originated in the late ‘90s, with artists including DJ Tameil and others circulating the scene around the Brick Bandits crew. Part of the trinity of East Coast club music — made up of Baltimore club, Jersey club, and Philly club — its roots are based in its elder sibling from Baltimore, Chicago footwork, Miami bass, bounce, and the 1980s house music that blossomed in Newark’s after-hours clubs and became known as the Jersey sound.

Usually clocking in between 130-140bpm, Jersey club is made up of a distinctive eight-bar beat pattern, seismic breaks and vocal chops, and is famed for flipping chart hits and hip-hop tracks into riotous club cuts. The sound gained a lot of its trademark characteristics as producers from the scene would often work from the same sample palette — like the now famous bed squeak taken from crunk-rap group TrillVille’s ‘Some Cut’ — sharing them with new artists as they came up.

UNIIQU3 started out DJing at local parties in Newark’s DIY party scene, part of an all-female street team — a local term for the collectives that work together throwing DIY parties — initially making a name for herself as a vocalist on Jersey club tracks. After taking up production, she started playing shows around the States in 2014, before embarking on her first world tour in 2016, and has since become known as the Queen of Jersey club.

“It feels great being an ambassador for the music I make and play. Jersey club is such a unique genre,” she laughs at her unintentional pun, “it just makes it even more special. I take being a leader very seriously because I strive to be the person I wish I had [when I was] coming up. Where I am from in Jersey, we try to act as one big family. I grew up in the culture, so it's just really important to remember where you came from, no matter how far you go. In the future I really want to give back. I’m talking schools, summer camps, scholarships. All that.”

UNIIQU3 explains that when she started out, she never thought her career would become so global, but the Jersey club sound booming at the same time she did as an artist has helped her to grow. “I felt like there was a lack of knowing what else was out there,” she continues. “The internet wasn’t as progressive as it is today so you kinda just stuck with your community, you stayed in your bubble. As the internet grew, you really got to see what everybody else was doing and what opportunities were out there. When I did find out there was a chance for me to expand, I leaped and didn’t look [back]. It was not an easy journey to get to where I am today. A lot of long nights, weed, negative bank statements, practice, broken laptops, drama,” she rolls her eyes, “and trust in myself that, ‘Bitch you got this’.

“Before quarantine happened, [East Coast club music] was really alive, and it was thriving, a lot of new clubs were being birthed, you know, in the tri-state area, and because of that a lot of new club nights. A lot of them were open to new talent, new party collectives and new music. I also just saw the involvement of underground radio and they really helped the sound to get out there. Also a lot of people were travelling from state to state to just dabble in each other's scenes and support more than ever, just because it was easy to travel and they had a reason to. I really hope things can return back bigger and better when it’s safe again for everyone to party.

“For Newark especially, we are in a time period where the city is growing so fast, and a lot of businesses are moving here, and a lot of us residents, us party kids, are trying to take ownership to buy space for us,” she continues. “We need more creative hubs for us to gather. The ones I’ve started to see have a longer lifespan than some did in the past. So I'm hoping this will encourage us to support those places and each other. A new Newark. [The city] are starting to embrace the arts more than they ever did.”

After starting out with her #135theParty series, UNIIQU3 recently started PBNJ (short for Philly Baltimore New Jersey) which rotates each city with a monthly party promoting local artists, and is aimed at further unifying the trio of East Coast club sounds. Before coronavirus put a stopper to plans, the series has already collaborated with Afropunk and Red Bull, and was taken online in June with a PBNJ Zoom rave.

“After touring a bit and introducing different people and places to club music — and we had a huge international club music scene that was still growing — I wanted to go back and give my peers the opportunity and experiences I had on my come up,” she explains. “Everytime I go overseas, people ask me, ‘How is Jersey? How is the club scene?’ And, you know, there's never been any parties that combined all three. So I gathered people from Philly, Baltimore, and New Jersey. I felt it was important to have something special back at home that represented what club music is.”

PBNJ forms part of an ever-growing scene that has nurtured a new generation of East Coast club artists coming through, with UNIIQU3 name-checking $Jayy, Hyped-up Reese, DJ Smallz and Saucy P as part of a “booming” set of new producers pushing the music forward. But as well as the new artists coming through, and the sound breaking out of East Coast dance culture to permeate underground dancefloors globally, it has also had an influence on mainstream music. Diplo continues to regularly play her music and East Coast club sounds in his DJ sets, and invited UNIIQU3 to provide a mix for his Diplo & Friends BBC Radio 1 show, while DJ Sliink wrote ‘Saint Lauren’ in collaboration with Skrillex and Wale. Jersey club has been used as a blueprint for productions behind chart-topping pop stars like Beyoncé, while UNIIQU3 also shared a post earlier this year of stadium-filling bass house DJ/producer AC Slater teasing new music clearly influenced by the sound. Spotify has even recently immortalised the genre with its very own Jersey Club Heat playlist.

“The sound has fully crossed over to influential dance music,” she enthuses. “As far as Jersey fully crossing over itself, no. But by influence, yes. I believe that is because, aside from the music and collaborations that were made over time, numerous Jersey club artists have yet to smell their roses. That’s in the works though. It’s such a raw culture that infuses hip-hop, R&B, and dance music. We’re known for going viral because we make relatable content. We remix skits, we remix top 40 tracks, we remix politics, have dance challenges, and content that’s trending on social platforms. That's definitely one of the key components on why it has such a universal impact — because it’s relatable and it makes you dance.”

Despite stopping the party scene of Jersey club for now, the pandemic hasn’t slowed UNIIQU3 creatively, having dropped ‘UNIIQU3’s Groove (Get Down)’ in July, the two-track ‘Digital Diva’ EP in June, and ‘7 Day Weekends’ in April. “I started out producing music in my room so this is kind of the norm for me,” she smiles. “Going to studios and having large sessions was always a luxurious treat. I feel like I set a creative environment due to my interior design choices. That really can affect you mentally, which helps everything else, especially when you are creative.”

So what does she think is the future for Jersey club and East Coast club music? “I would love to see us obtain a Grammy, and just have more visibility within the community itself and what we have to offer. I really feel we are working towards that. There are enough of us now who are in the position to take the culture there so I see a bright future. I definitely want it to be unified. Unity is key!

“As far as East Coast club music goes, I would really just love for us to have another period where there are a lot of clubs owned for the people, by the people. I would love for us to have places that we can actually invest in that are ours. It’s really about the culture, the people, and the music. Just more ownership within the club community. We need to be able to make money for each other the way we make money for all of these companies that book and support us. It’s going to be a great future for East Coast club music. We are taking over the world. Our elements are so used worldwide. People love the breakbeat, people know the bed squeaks, [and] people love our aggressive tell-you-what-do dance move tracks.”

During UNIIQU3’s Recognise mix, she jumps on the mic to say, “It’s a new decade, and we’re definitely retiring people thinking that women don’t produce. So, this mix is for them, this mix is for me, and this mix is for anybody that decides to be.” Made up of an hour of sounds that circulate the electronic music underground on the East Coast, the 20-track all-female mix features music from Suzi Analog, Jubilee, Anz, KG, Anna Lunoe, and Chippy Nonstop, as well as exclusive unreleased music from UNIIQU3 herself. Listen to it below and see the tracklist below the stream.

Want more? Check out our Recognise mix from Badsista here. 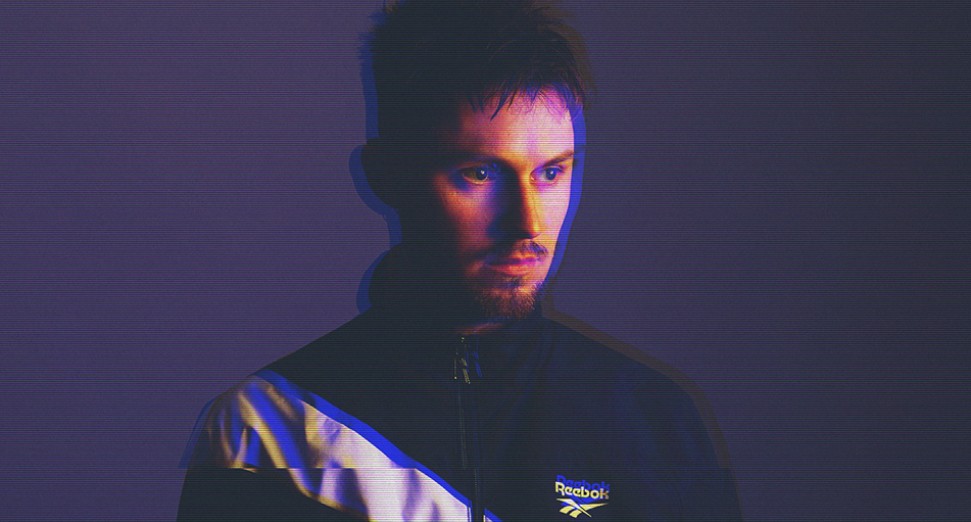 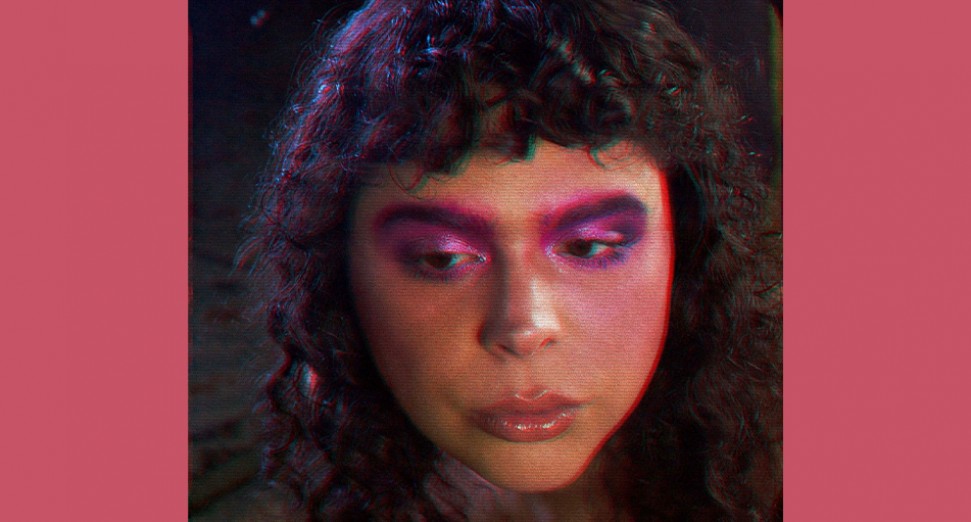 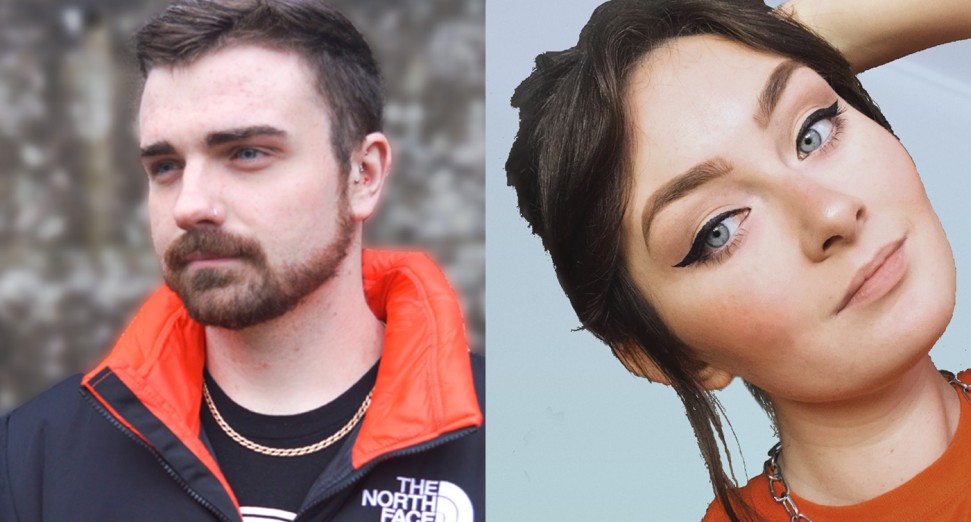 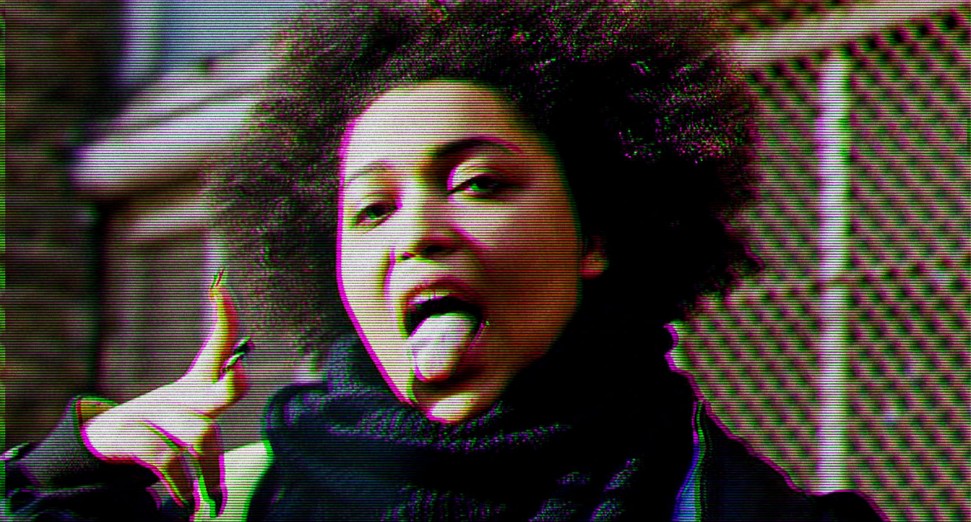 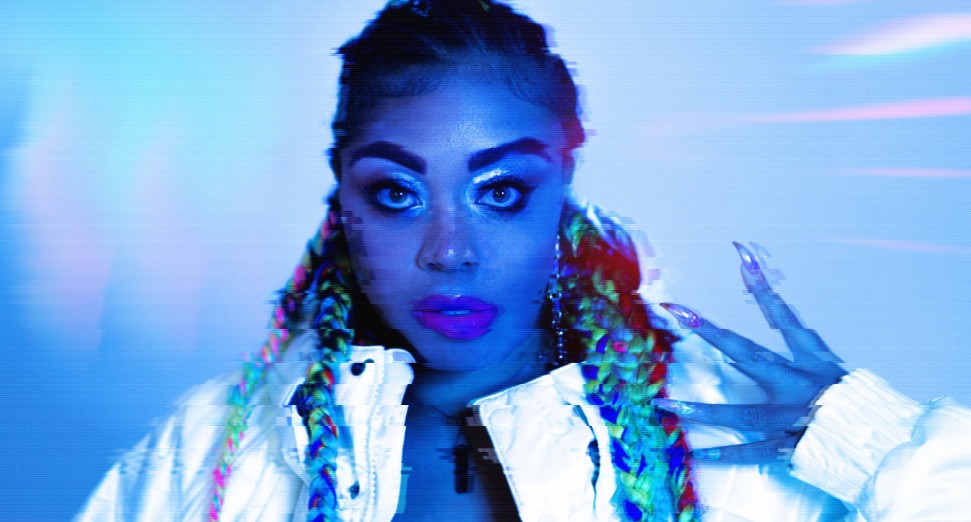 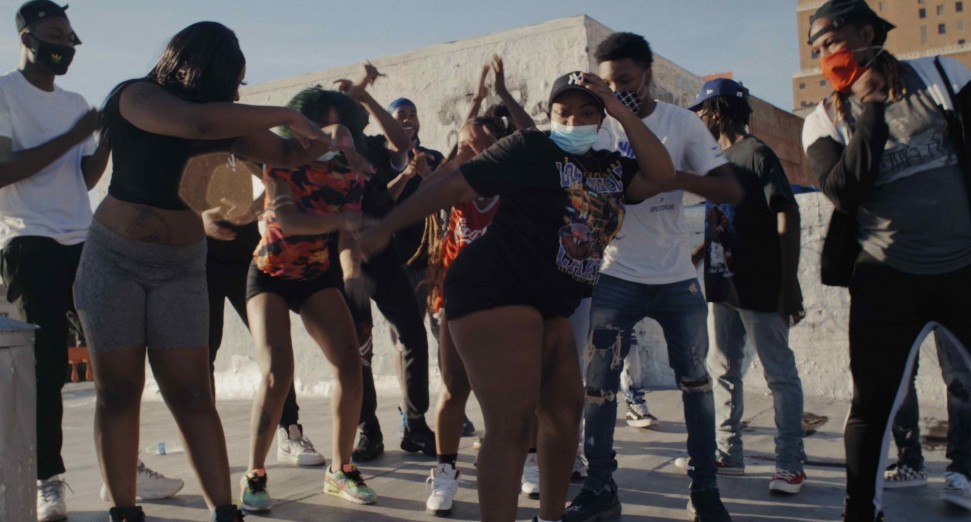 News
Watch a new documentary on the rise of Jersey Club