Producer, DJ, engineer and educator King Britt has been at the heart of electronic music culture for over 30 years. His first DJ gigs were in his father’s barbershop in 1970’s Philadelphia at five year’s old. At the heart of the community, he learned the emotional power of music to cheer people up, bring people together and start a conversation. With artistic parents whose love of funk, soul and jazz was passed down to a young King (his real name), he soon discovered Kraftwerk and began manipulating cassette tapes and experimenting with sound. A few Christmases later, King split the cost of a Casio SK-1 sampler with his dad and got his hands on his first bit of kit.

He went on to co-found Ovum Records with Josh Wink, remix of Tori Amos, Solange and Calvin Harris and collaborate with Madlib and De La Soul. His lush synth soundscapes and hypnotic rhythms have seen him play everywhere from Berghain to Moogfest and thousands of clubs and festivals in between. Now, 30 years into his career and countless accolades including soundtrack work with Hollywood legends Michael Mann and Ridley Scott, he’s an Assistant Teaching Professor in Computer Music at UC San Diego and has just started a brand new class called ‘Blacktronika: Afrofuturism In Electronic Music’, researching and honouring people of colour who’ve shaped electronic music since its inception. Guest interviewees in the class have already included Honey Dijon, Goldie, Robert Hood and his daughter Lyric, Dām Funk, Hank Shocklee, Amp Fiddler and many more.

We caught up with King to find out about his motivations behind Blacktronika, his plans for the class and how we can better celebrate Black voices in electronic music.

How did the Blacktronika class come about?
“When I started as Assistant Teaching Professor at UCSD, I noticed a void, not only in our curriculum but globally, of a class that focused on people of colour’s important contributions to electronic music. Most of the groundbreaking genres, sounds and movements have come from the black communities. The roots of dub technology, Chicago house, Detroit techno, Drum & Bass, Footwork, all coming from black culture.

“Being an active sonic contributor in many of these genres and living through the eras as a producer and DJ, many of the pioneers are close friends, which puts me in a very necessary position [when it comes to] shifting the paradigm of how it is handled in the academic environment.”

What was your initial goal with the class?
“My main goal is to bring this knowledge to all young people who are enjoying all the newer sounds of electronic music so that they know the history, sonic lineages and socio-political context in which this music made. Also, the commodification of these innovations is how far removed from the source the facts are.”

Do you feel people of colour’s role in the creation and development of electronic music is often forgotten? If so, why do you think that is?
“There are a few factors at play. First, it is possible that many in academia didn’t consider these genres as ‘intellectual’ enough. Second, not having lived in it or being a part of the scene, makes it difficult to truly teach with authenticity. Third, the continued ‘whitewashing’ from the media, of our pioneers has brought us to this point. With big money and specific white faces on the covers of these magazines as the pioneers or mavericks of the scene gives a false narrative that has been intentional.”

What more can be done to raise the profile of Black originators and Black artists who are under-represented today, in your opinion?
“I commend you at DJ Magazine for doing the article, doing the work on a media level that needs to be done to shine the light on what has been covered for a longtime. Also I commend UCSD for giving me a platform to change the paradigm on a very high level. The most important is access to all the information. We are working on this now but, access to the communities that should be hearing about all of this [is important]!"

Who has been the most inspiring guest you’ve had so far for Blacktronika?
“Well all my guests have been extremely giving, loving, personal, deep and non-apologetic. Being that they are all close friends also really helps create a more personal space for my students.

“As far as inspiring – all of them – but the best reactions from my students have been from Goldie, Marshall Allen [Sun Ra Arkestra], Moor Mother and Shabazz Palaces and Dām Funk! Of course we have had so many more but the class reactions to them was powerful. Robert Hood and his daughter Lyric too!”

How can people take the class?
“So as of now it is open to all University of California students across the State. In 2022 it will be open to the world as an online course.”

Who would be your dream guest for Blacktronika?
“There are two. One of them I’m in talks with and that is Ryuichi Sakamoto. His contributions have been stellar, especially YMO – that Soul Train footage is amazing – and the other would be my hero, Herbie Hancock!"

Follow King Britt and stay up to date on Blacktronika here 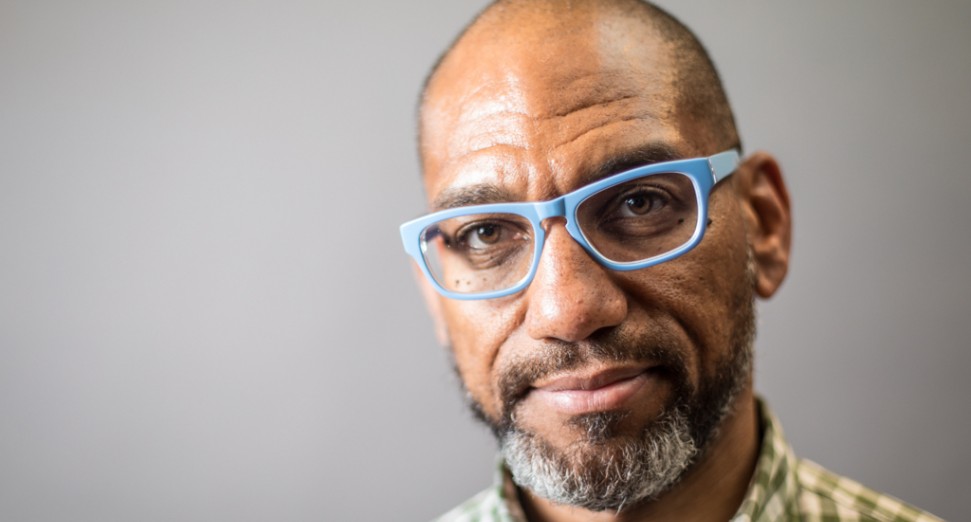