After his post-punk Pop Group project, madcap genius Mark Stewart started working with dub warrior Adrian Sherwood (On-U Sound) on his groundbreaking, influential ‘Learning To Cope With Cowardice’ album. Released in 1982 and shot through with experimental dub and polemic, he then got into early hip-hop for his following three albums — recruiting Sugarhill rhythm section Keith LeBlanc and Doug Wimbish for his Maffi a backing band — and effectively blueprinted industrial music and triphop in the process.

Stewart has recently returned with his ‘The Politics Of Envy’ album, and a dub version — ‘Exorcism Of Envy’ — is out this month. He’s also working on a new Pop Group album — their biggest track ‘We Are All Prostitutes’ was covered by Crookers a couple of years ago — and has been collaborating with young producers such as Chrissy Murderbot and Kahn, as well as his old cohort Adrian Sherwood...

Hi Mark, if we can first of all take you way back when…

After the Pop Group, your On-U Sound work as Mark Stewart & The Maffia was hugely influential — influencing the industrial scene, trip-hop, alternative hip-hop etc. Who have you heard back from who’s said they’ve been influenced by you?

“Millions of people, it’s demented. Across the world. It’s not really for me to blow my own trumpet, but that time just after the post-punk stage was quite a weird period. Luckily we were travelling and touring all over the place, and I spent a lot of time in New York. That’s where the Sugarhills and the Maffi a people were based, and it still feels like we’re some of the only people keeping the freak flag flying.

So many people from so many different genres, from right across the board, have said they were into our stuff. I remember Trent Reznor [from Nine Inch Nails] coming up to me at a gig in Dallas and giving me this cassette tape that he’d drawn on when he was at school with ‘Pretty Hate Machine’ written on it.

“I think I just make sparks and try to push things together that don’t necessarily fit. I’m happy to put a booty bass bassline on top of a Slayer guitar, for me it comes back to cut & paste and doing a punk collage, putting Ronald Reagan’s head on top of a gay cowboy model or something. I’ve been messing about doing things like that since I was about six. To a certain extent, people are contained, but for me I can listen to some footwork stuff, some mad Japanese noise or a bubblegum pop song all in the same 10 minutes.

“I like to watch things burn. I used to have this action man and I’d burn his face, I used to put a spider on top of a doll’s head. It was like a horror film when all those things come to life — ha ha.

I don’t know, I’m constantly trying to challenge things in my own head. It’s my own way of keeping sane in a mad way, if you know what I mean? I’m just interested in ‘Why can’t that go there?’ In politics, in mystical things, in music, in art… often I do it in relationships, ha ha ha! I’m a bit of a prankster.

What is the politics of envy, then?

“It started off as this idea that beneath the veneer of civilisation, people are actually envious. I remember when we were kids at dances and youth clubs, people were envious of somebody’s girlfriend or trainers or something. I think a lot of things that drive people are a lot more primal than people actually think. Underneath the whole thing there’s this weird envious thing that somebody wants what somebody else has got.

“I was in Italy last year and people were asking me about the riots in London, and to me it was like hyperconsumerism. I know that kinda rush, where you’ve got to have something and nothing’s going to stop you.

So I was thinking about the politics of jealousy and the politics of envy. These weird things are conditioned into us — we’ve gotta have that trainer, that new smart TV. That is the thing that fuels this whole system, this weird obsessive desire for consumer products or inanimate objects.

“I was reading something just now about accepted slavery, for me it’s like the medieval barons are running back to their castles and leaving the land completely infertile and barren. It was like that with corporations and stuff when they would just slash and burn resources, but now they’re trying to turn everybody against each other. Blaming others for things is insidious. Nasty. I’m starting to get too Billy Bragg, aren’t I?”

What first got you into hip-hop?

“From going to funk clubs from the age of 12 or 13 onwards — Bristol was a big funk town, and we had this thing called the Avon Soul Army. But then with the Pop Group, we went out to New York early on, just before No-Wave – us and the Gang Of Four were out there a lot. We were playing these clubs like Danceteria and the Mud Club, and by chance we were tuning into New York radio stations and we found the original New York Kiss FM. Me and one of our roadie mates used to stay in when we weren’t working and make cassettes of the Red Alert show.

“Those cassettes went back to Bristol and 3D from Massive Attack drew little graffiti things for them, and they just got copied and copied and copied. There was something on there which I thought was somebody called Keith LeBlanc but in fact it was Pumpkin. I kept playing it to Adrian in the studio, we were trying to copy these drum noises that sounded like road drills"

"You had to trigger something with a jack plug in those days, it was before samplers, and we were trying to bang this thing. By chance Adrian went to Midem in the south of France, and his stall was opposite Tommy Silverman. Adrian was playing this stuff, and he asked Tommy if he knew who these guys were and he said, ‘Yeah, that’s Doug Wimbish and Keith LeBlanc, they’re mates of mine, Keith has just done ‘Malcolm X – No Sell Out’ on Tommy Boy. Suddenly we got their numbers, I phoned them up and started chatting to them, and we fl ew them over and we started cutting pure dance riddims. The beginning of hip-hop in New York, we were kinda there!” 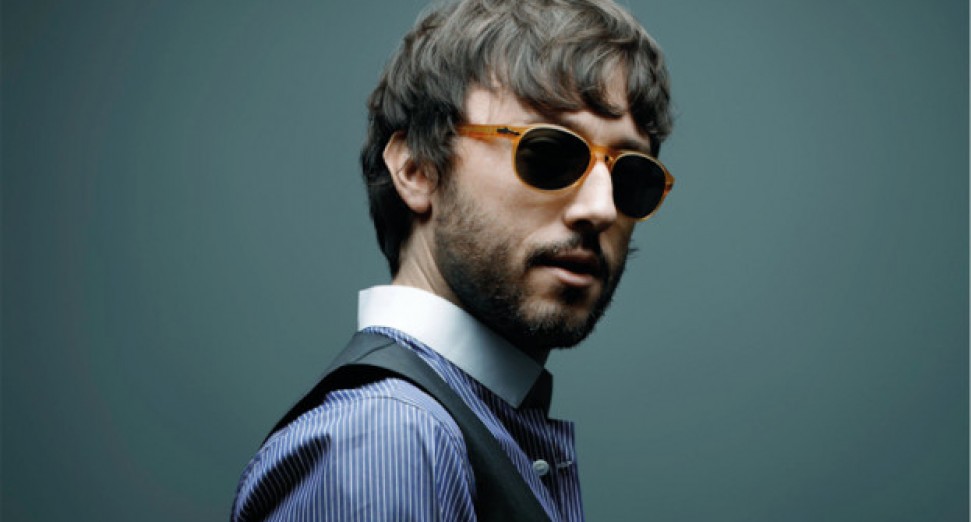 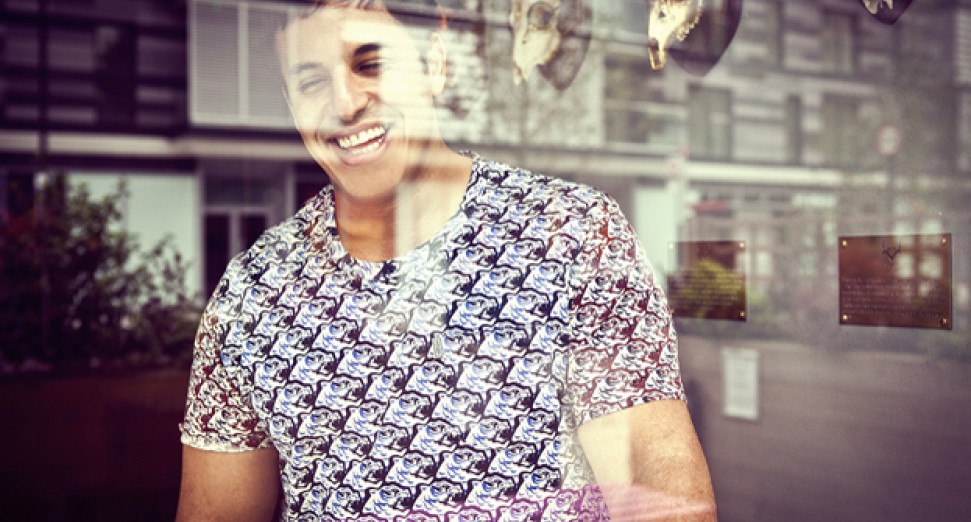 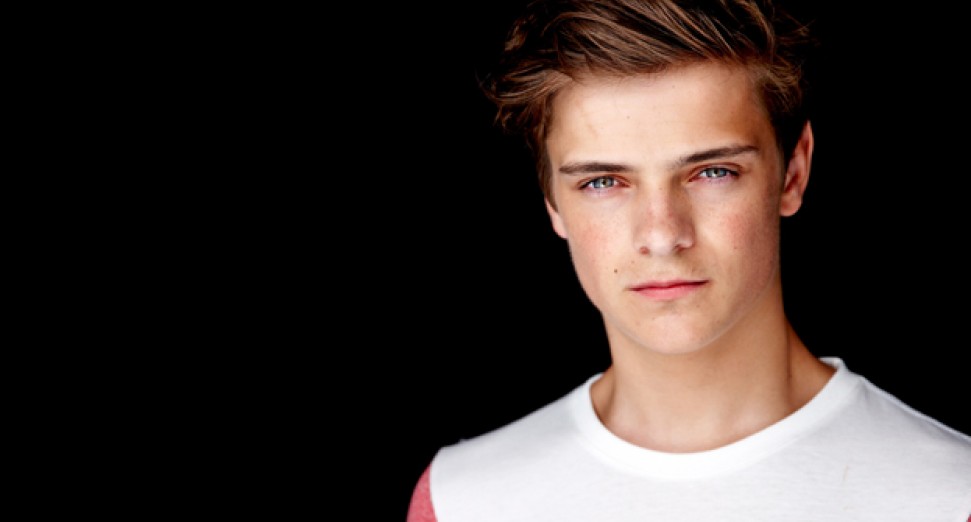 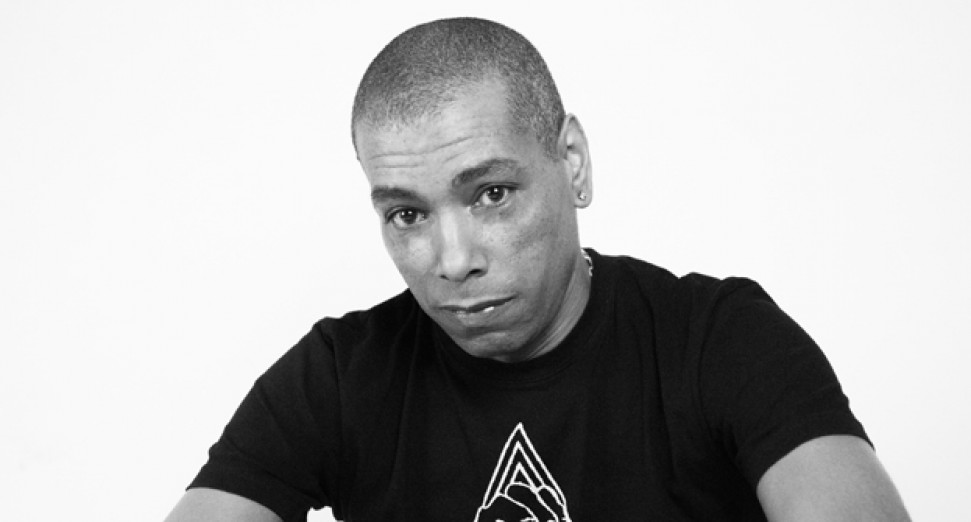 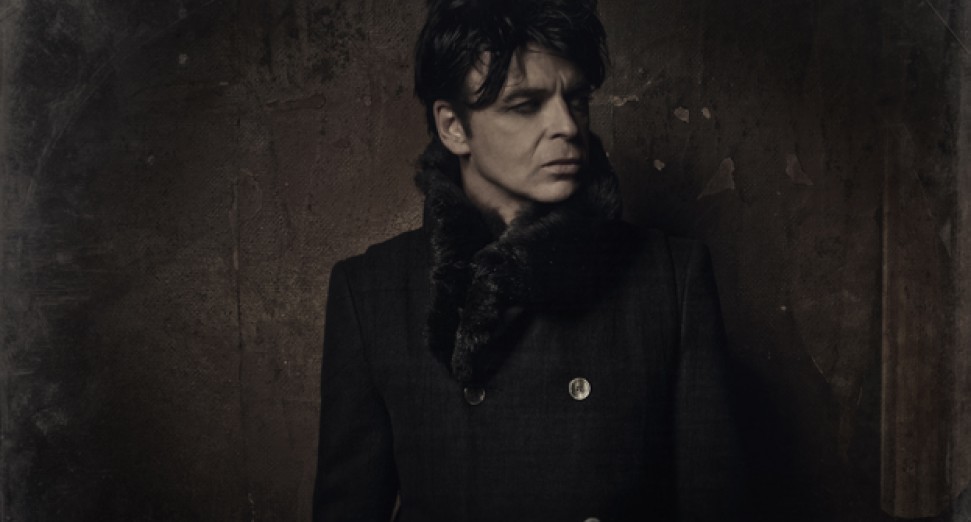 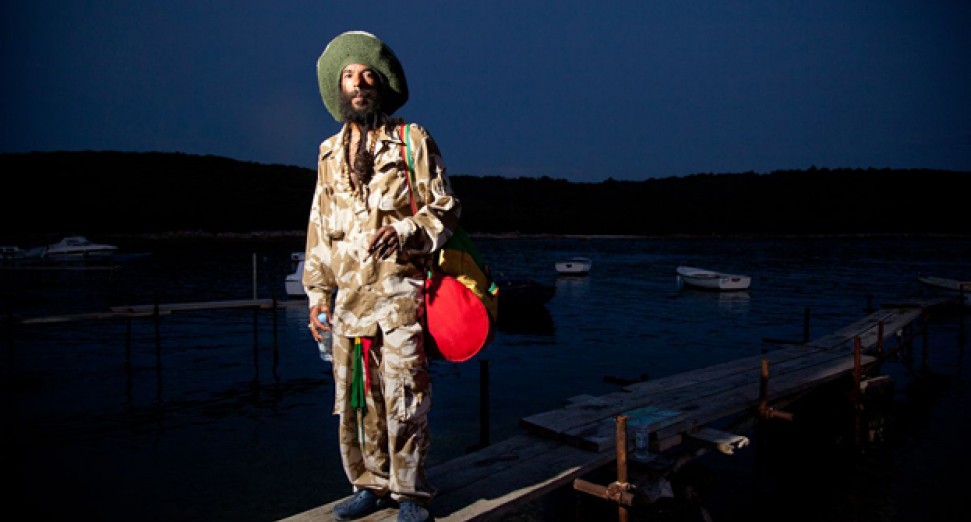